On Tuesday, December 9, 2014, shortly after 7:00am, Galax Fire was dispatched to a two vehicle head-on collision on Route 89 near the Galax Rollerland. A white Ford Econoline van was travelling north on Route 89 when it was struck head-on by an oncoming green Chevy Trailblazer. The driver of the van, a 44 year old Fairview man, died at the scene. A 37 year old Fairview woman was extricated from the Trailblazer by firefighters. She sustained multiple serious injuries. She was transported to Twin County Regional Hospital by Galax Grayson EMS, and was later taken to Baptist Hospital in Winston-Salem, NC. Falling precipitation that morning created icy road conditions. The Virginia State Police are investigating the accident. Galax Grayson EMS, Grayson Co Sheriff’s Office, and the Virginia State Police assisted at the scene. 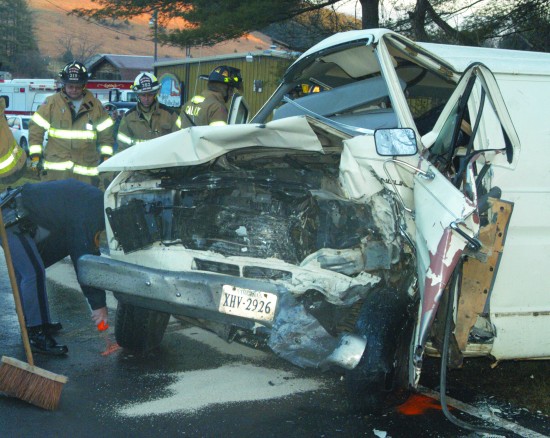 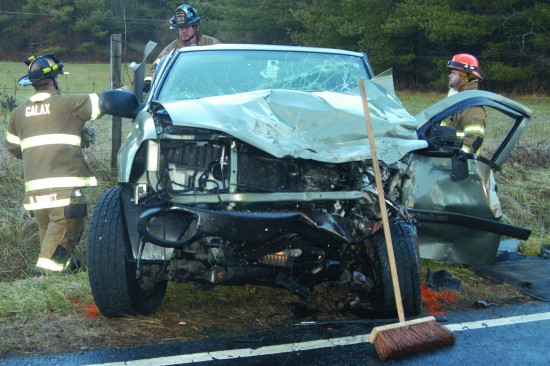