At 1:26 pm on Sunday, July 29, 2012, the fire department was dispatched for a structure fire at
141 Hickory Lane in Fairview.  Upon fire officers arrival, he reported a 10X10 outbuilding on fire.
Engine 2's personnel  extinguished the building.  Upon further investigation by the fire department and
Grayson Co. Sheriff's Department, it was determined that the owner was trying to burn the building.
It would not catch fire while he was there, after he left the building ignited.  Neighbors in the area
reported the fire. 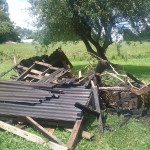 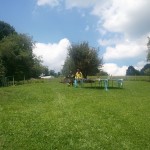