The Galax Fire Department was dispatched to 133 Hanks Street for a vehicle fire on Monday, January 25, 2016, at 5:44pm.  Engine 3 responded first due to the several inches of snow on the ground.  Upon arrival, crews found a vehicle heavily involved and parked next to an outbuilding.  Fire crews extinguished the blaze with an attack line, and they checked for any extension involving the outbuilding.  The Mercedes E320 was a total loss.  No injuries were reported with this incident.  Fire crews returned to the station around 6:30pm. 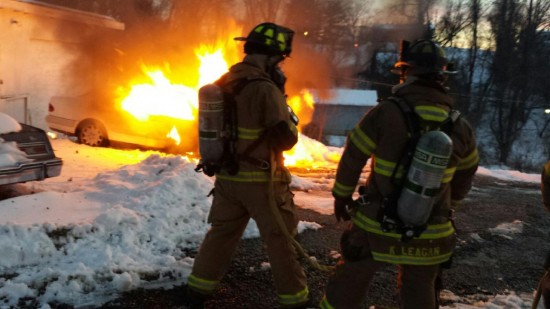 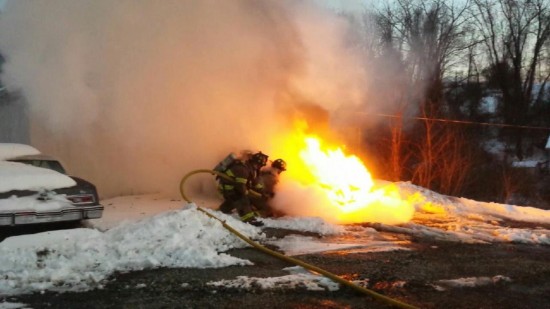 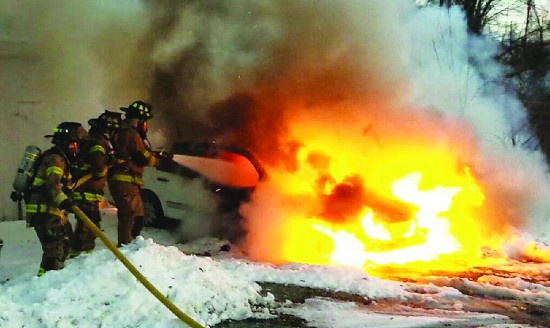