At 8:42am, the morning of Monday, January 11, 2016, Galax Fire was dispatched to assist Surry 72 (Skull Camp Fire) with a working structure fire at 133 Schuyler Farm Road in Low Gap, NC.  Engine 2’s crew observed heavy smoke while traveling down Route 89.  The two-story wood frame farmhouse with a metal roof had extensive fire progression and had self ventilated upon arrival.  Galax Fire attack crews went to work assisting Skull Camp firefighters with the heavily involved structure.  Several other North Carolina agencies assisted at the scene.  Fortunately, there were no injuries reported, but the home was a total loss.  Galax Fire cleared the scene, and was back at the station shortly after 12pm. 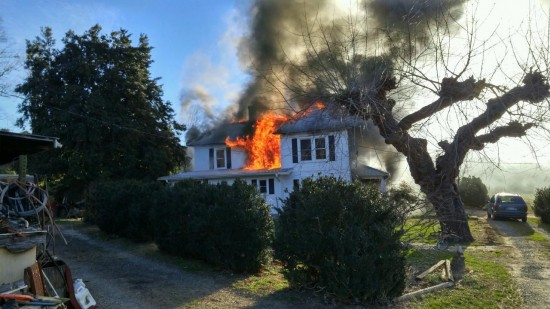 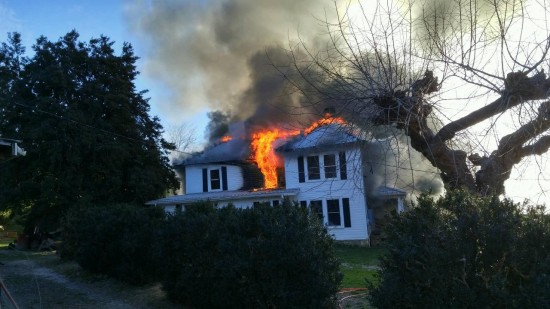