On Tuesday, August 18, 2015, at 8:39pm, the Galax Fire Department was dispatched to assist Galax-Grayson EMS with a two vehicle accident at the intersection of Route 58 (East Stuart Drive) and Meadow Street (Truck Route). The accident involved a 1999 Dodge Intrepid and a 2012 Toyota 4-door. A 24 year-old Galax man had to be extricated from the Dodge Intrepid. Both drivers were transported to Twin County Regional Hospital by medics. The driver of the Toyota was a 21 year-old female from Ennice, NC. Galax Police investigated the accident. 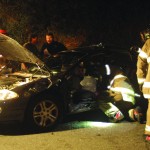 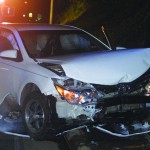