On Thursday, July 9, 2015, at 3:57pm, the Galax Fire Department was dispatched to the intersection of Carrollton Pike and Glendale Road for a two vehicle accident with entrapment.  A 2003 Ford Expedition was attempting to turn left onto EB Rt 58 from Glendale Road, when it was struck by a 1995 Dodge Dakota travelling WB on Rt 58.  Pipers Gap Rescue and Carroll Fire/Rescue provided EMS at the scene.  A landing zone was established by Hillsville Fire at the Woodlawn School for two helicopters.  The drivers of both vehicles were flown out due to the severity of their injuries.  The Virginia State Police is investigating the accident. 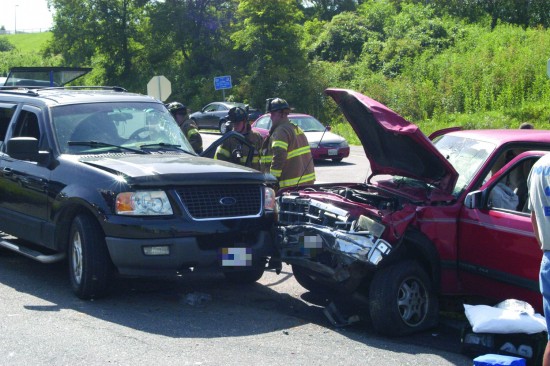