Galax firefighter, Jason Bowers, was travelling along Route 58 on the morning of Monday, June 8, 2015 when he observed heavy smoke off in the distance. Upon further investigation, he discovered the source of the smoke to be a working structure fire on Tee Time Drive in the Baywood community. The Galax Fire Department was dispatched to the fire at 9:29am. Upon Engine 2’s arrival, two attack crews entered the structure. The fire was quickly knocked down. The owner was planning to remodel the trailer soon. The fire appeared to be electrical in nature. No injuries were reported. Independence Fire Department, Galax-Grayson EMS, Grayson Co Sheriff’s Office, AEP, and VDOT assisted at the scene. 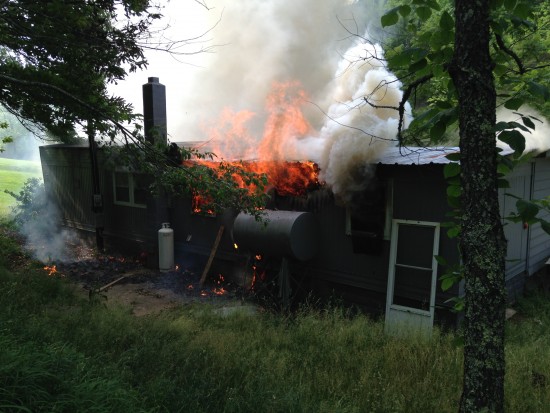 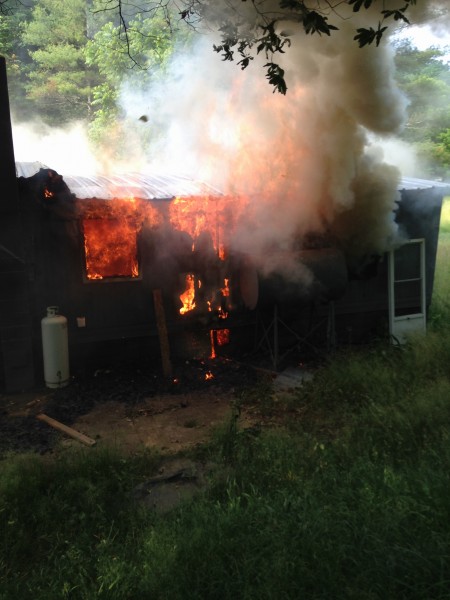 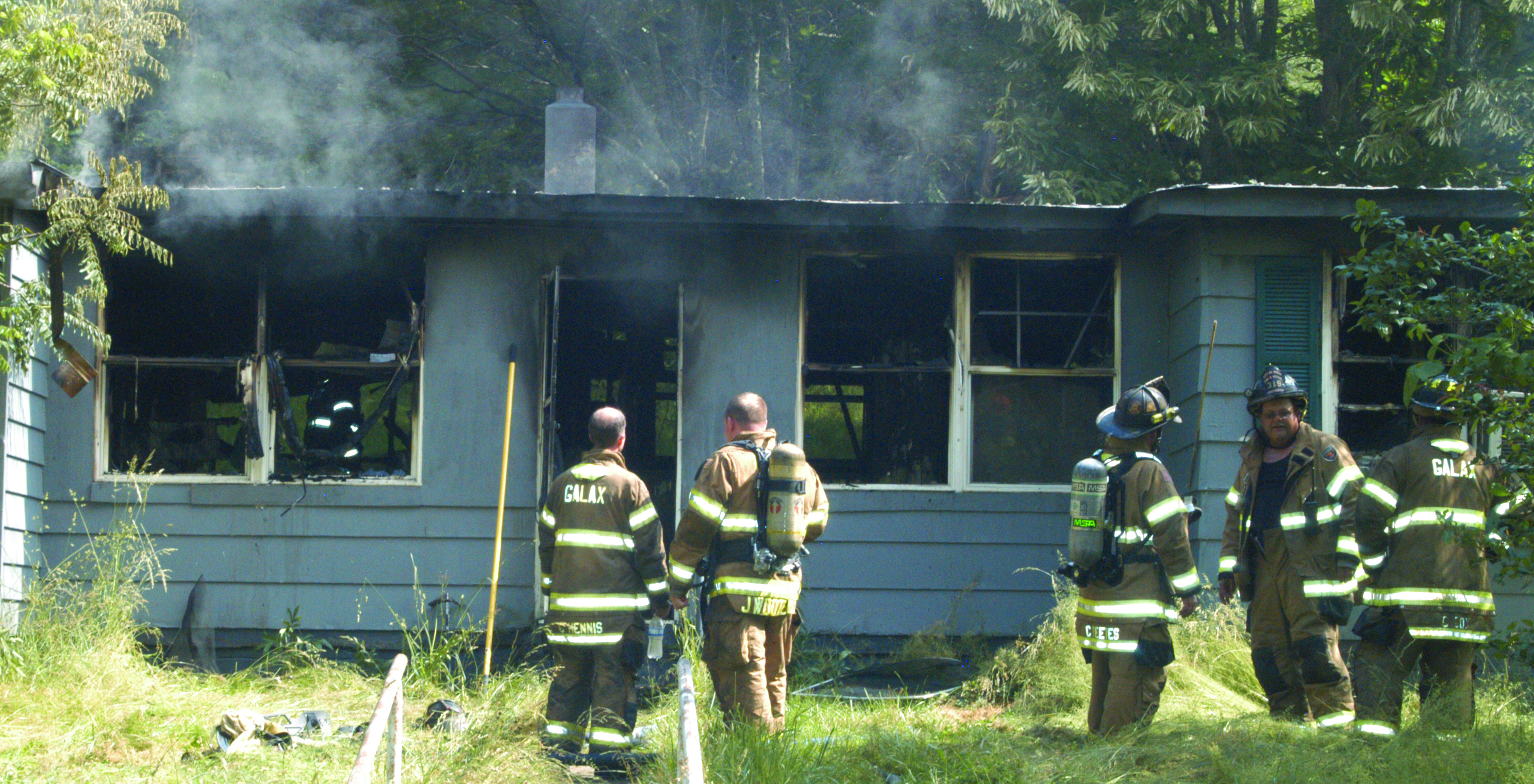