On Thursday, January 15, 2015, Galax Fire was dispatched at 12:16pm for a structure fire at 1144 Long View Lane in the Baywood community. Upon the fire officer’s arrival, he reported a fire in a garage on the property. The fire heavily damaged the garage, and destroyed a 1974 Ford Ranger, which was inside. The fire melted the vinyl siding on the property owner’s house. No one was injured. Galax Grayson EMS, and the Grayson Co Sheriff’s Office assisted at the scene. Galax Fire returned to the station at 2:00pm. 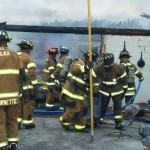 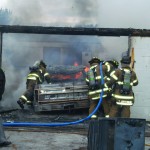 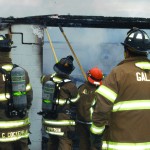 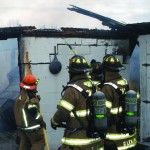