On Wednesday, September 3, 2014, at 12:47pm, Galax Fire was dispatched as 2nd tier for a working structure fire at 294 Weddle Street in Hillsville. Upon Hillsville firefighters arrival, they reported a double wide trailer with fire showing on the back side of the structure. Galax Fire responded with two engines and a tanker. Members assisted at the scene with overhaul. No one was home at the time of the fire. No injuries were reported. The structure sustained major damage from the fire. Carroll Fire and Rescue and the Hillsville Police Department also assisted at the scene. Fries Fire Department was called to stand-by at the Galax station during the fire. 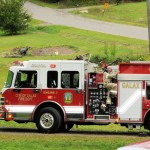 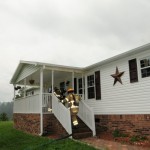 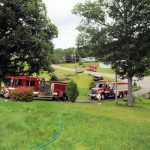 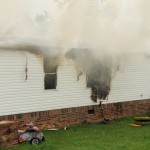 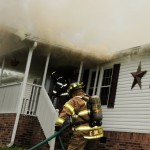