On Friday, March 14, 2014, at 4:25pm, the Galax Fire Department responded to a working trailer fire at 113 Religion Rd off of Old Quaker Rd in the Piper’s Gap community. First officer on scene reported fire and smoke showing. Most of the fire was coming from underneath the trailer. Upon Engine 2’s arrival, two attack lines were pulled. One team fought the fire under the trailer, and the second team advanced a line into the interior. Engine 3’s crew handled ventilation. Minor fire was found inside the trailer, mainly heavy smoke. The trailer belonging to Ellis and Rebecca Muncy sustained heavy fire and smoke damage. Occupants and pets were able to escape the trailer safely. Piper’s Gap Rescue stood by on the scene, and Hillsville Fire Department sent an Engine and manpower to stand by at the station. Galax Fire was on the scene around an hour. 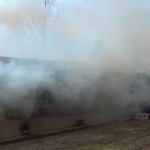 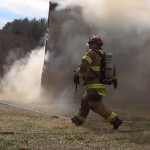 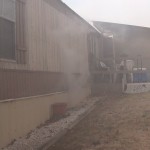