On Wednesday, February 20, 2013, at 5:58pm, the department was dispatched to a structure fire at 1608 Greenwich Road. Upon fire officers arrival, he reported a flue fire. Upon Engine 2s arrival, firefighters laddered the roof and began dropping dry powder bombs. After multiple attempts to extinguish the fire, firefighters had to use chains to clean out the chimney. After cleaning the chimney out, firefighters were finally able to cool all remaining hot spots. Baywood Rescue assisted at the scene. The home belonging to Ray Chambers sustained minimal damage. Galax Fire remained on scene for nearly two hours. 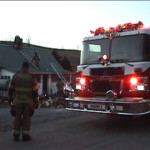 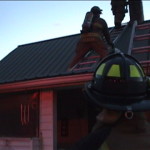 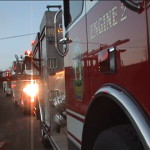