The department was dispatched to a structure fire at 35 Malibu Drive on Tuesday, January 1, 2013, at 5:42am. Upon arrival, the fire officer reported a working trailer fire. He advised that we would be able to make entry from the rear door. Upon Engine 2’s arrival, two attack lines were pulled. One crew attacked the fire, and the second team performed a primary search for any occupants. The trailer was found to be abandoned. After the fire was extinguished and upon further investigation, the fire appeared to have started on the outside porch. The Carroll County Sheriff’s Office was called to investigate. 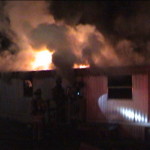 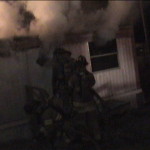 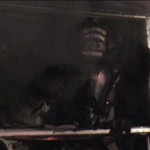