On Wednesday, October 31, 2012, at 11:25am, the department responded for mutual aid with Glade Creek Fire Department to a working structure fire at Poole’s Garage. The garage is located at 12659 NC Hwy 18N in Ennice, NC. This is at the intersection of Edmonds Road and Hwy 18, across from the Mountain Surf Restaurant. Upon Engine 2’s arrival, heavy smoke was coming from the structure. Two attack lines were pulled from the engine. Attack crews had to cut the garage door open to make entry. Crews encountered excessive heat and multiple hazards in the building. There was heavy fire in the attic area of the building. The garage contained two Chevy trucks, a race car, and multiple tools. The building, owned by Thomas and Amanda Poole, sustained heavy damage. No injuries were reported. Galax Fire remained on scene approximately an hour and a half. Sparta and Cherry Lane Fire Departments also assisted at the scene. The owners are now rebuilding the garage. 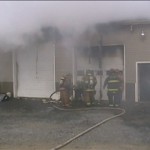 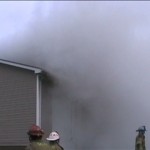 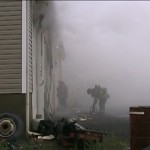 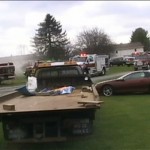