The department received a report of a structure fire at Alley’s Garage on Monday, October 8, 2012 at 10:04pm.  Upon Engine 1’s arrival, members could see heavy smoke coming from the back of the garage.  Initial attack crews went in with two lines.  Due to the extreme length of the building, firefighters pulled a third (longer) attack line from Engine 1.  Trucks had a challenging time reaching the garage due to the narrowness of the road.  Firefighters encountered extreme temperatures due to the metal construction of the garage.  The garage contained many hazards including multiple vehicles, tires, fuels, torches, oils, and paints.  The garage is located at 201 Brickyard Road, and it is owned by Jerrell Alley.  The owner was at the scene, and no injuries were reported.  The department remained on scene for approximately two and a half hours. 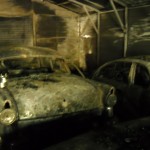 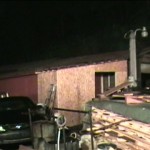 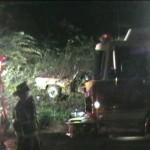 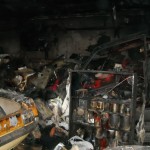