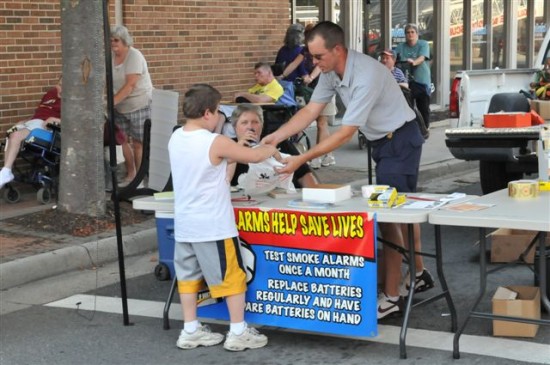 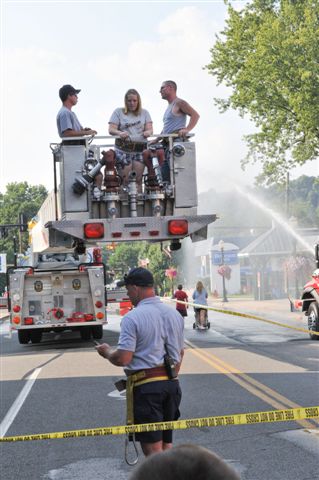 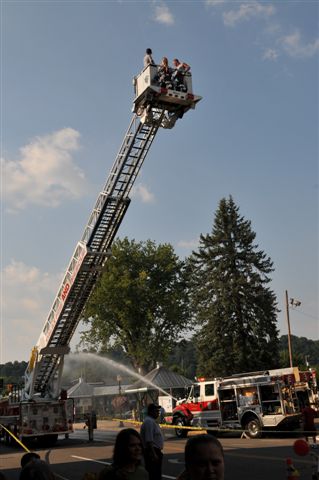 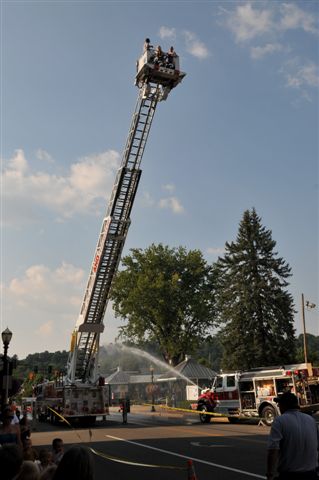 National Night Out 8-2-11National Night Out 8-2-11 The Galax Fire Department participated in National Night Out 2011 on August 2nd. Members set up Tower 11, our 102 foot ladder truck, and gave free rides in the bucket to the public. Tower 11 had a continuous line of excited participants all night. At the same time, Engine 3 hosed down a lot of children using its remote controled turret gun and brush fire booster reel. The kids, and firemen, had a blast playing in the water…and rightfully so with the temperatures for the day in the upper 80s! In the mean time, a Deanna Project information booth was set up to pass out fire safety items to the kids and sign up parents to receive free smoke detectors. Under the Deanna Project, any resident within the GFD coverage area can request and have a free smoke detector installed in there house free of charge by Galax Fire Department members.
National Night Out is a nationwide event to promote community awareness and safety for its citizens. The fire department was only one of dozens of booths set up throughout the downtown area. Police, rescue squads, games and food were on hand to entertain the hundreds and hundreds of attendees. From our prospective, it appeared to be another very successful event. Thanks to the Galax Police Department for promoting this event!
The pictures were taken by Doug Garvey.