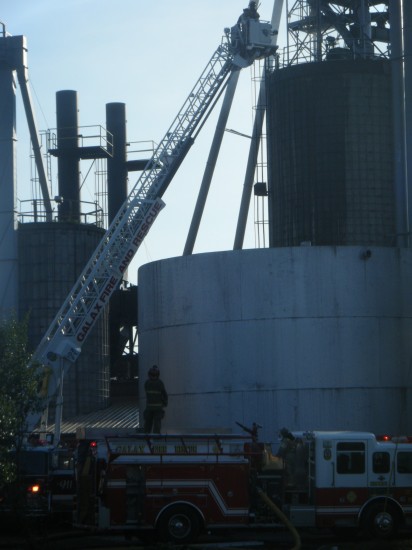 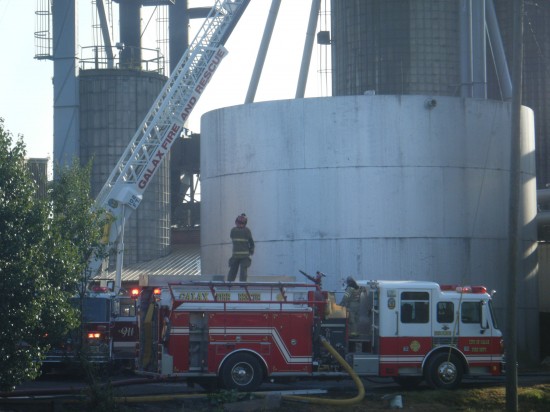 On July 18, 2011 at approximately 6:30pm, the Galax Volunteer Fire Department was called to a commercial structure fire at Vaughan Bassett Furniture in Galax, VA. Upon arrival, heavy smoke and flames were showing from a trailer used to collect sawdust, two silos, and the dust transfer augers. The Vaughan Bassett fire brigade had two lines in operation. Galax Fire pulled two 1 3/4″ lines to complete extinguishment of the trailer. Recon of the silos showed fire in and on top of the silos as well as the auger system. Tower 11 was set a extinguished the fire on top of the silos. Members of the Vaughan Bassett fire brigade then opened up and extinguished the fire in the auger system. One fire brigade member began experiencing chest pains while operating on top of the silo and was removed from the silo through use of Tower 11’s platform. He was transported to Twin County Regional Hospital in stable condition. The Fries Volunteer Fire Department was called to cover the Galax station. Members cleared the scene in three hours with another hour of cleanup at the station.